# 2 "When you forgive, you in no way change the past--but you sure do change the future." --Bernard Meltzer

# 3 "Generosity is giving more than you can, and pride is taking less than you need." --Khalil Gibran

# 5 "Pain is inevitable, [but] suffering is optional." --M. Kathleen Casey

# 6 "In war, there are no unwounded soldiers." --Jose Narosky

# 7 "Adversity introduces a man to himself." --Anonymous/Unknown

# 8 "Success is dependent on effort." --Sophocles

# 9 "Life's challenges are not supposed to paralyze you, they're supposed to help you discover who you are." --Bernice Johnson Reagon

# 11 "To gain that which is worth having, it may be necessary to lose everything else." --Bernadette McAliskey

# 12 "The only thing that overcomes hard luck is hard work." --Harry Golden

# 14 "Although the world is full of suffering, it is also full of the overcoming of it." --Helen Keller

# 15 "Anyone can be a barbarian; it requires a terrible effort to remain a civilized man." --Leonard Woolf

# 19 "The harder the conflict, the more glorious the triumph." --Thomas Paine

# 20 "To be yourself in a world that is constantly trying to make you something else is the greatest accomplishment." --Ralph Waldo Emerson

# 21"Have the courage to act instead of react." --Earlene Larson Jenks

# 23 "Arriving at one goal is the starting point to another." --John Dewey

# 25 "The only man who makes no mistakes is the man who never does anything." --Teddy Roosevelt

# 26 "Be who you are and say what you feel because those who mind don't matter and those who matter don't mind." --Dr. Seuss

# 28 (Choose one) "It has become appallingly obvious that our technology has exceeded our humanity." --Albert Einstein; "Never before in history has innovation offered promise of so much to so many in so short a time." --Steve Jobs; "Our technological powers increase, but the side effects and potential hazards also escalate." --Alvin Toffler; "Technology is a useful servant, but a dangerous master." --Christian Lous Lange; "The human spirit must prevail over technology." --Albert Einstein

# 29 "Life isn't about finding yourself [it is]...about creating yourself." --George Bernard Shaw

# 30 "Sometimes it is more important to discover what one cannot do, than what one can do." --Lin Yutang

# 35 (Choose one) "Friendship is like money, easier made than kept." --Thomas Fuller; "Kindness is the language which the deaf can hear and the blind can see." --Mark Twain

# 37 "The only thing necessary for the triumph of evil is for good men to do nothing." --Edmund Burke

# 38 "All of us do not have equal talent, but all of us should have an equal opportunity to develop our talents." --John F. Kennedy

# 2.2 "Those who cannot remember the past are condemned to repeat it." --George Santayana

# 2.3 (Select one) "Injustice anywhere is a threat to justice everywhere." / "We must accept finite disappointment, but never lose infinite hope."

# 2.5 "Courage is never letting your actions be influenced by your fears."--Arthur Koestler

# 2.7 "The past is the only dead thing that smells sweet." --Edward Thomas or "There is nothing permanent except change." --Heraclitus

# 2.8 "Nothing is more despicable than respect based on fear." --Albert Camus

# 2.10 and # 2.11 (Select two for your essay) "It is better to be young in your failures than [it is to be] old in your successes." --Flannery O'Connor; "You're only young once, but you can be immature forever." --Germaine Greer; "Fools rush in where angels fear to tread." --Alexander Pope; "The young are permanently in a state resembling intoxication." --Aristotle; "I am not young enough to know everything." --Oscar Wilde

# 2.12 "It is not the years in your life but the life in your years that counts." --Adlai Stevenson; "Most folks are as happy as they make up their minds to be." --Abraham Lincoln

# 2.13 "Nearly all men can stand adversity, but if you want to test a man's character, give him power." --Abraham Lincoln

# 2.14 "A hero is someone who understands the responsibility that comes with his freedom."  --Bob Dylan

# 2.15 "You cannot escape the responsibility of tomorrow by evading it today." --Abraham Lincoln

# 2.16 and # 2.17 "If men were angels, no government would be necessary." --James Madison; "Once you've lost your privacy, you realize you've lost an extremely valuable thing." --Billy Graham; "Government, even in its best state, is but a necessary evil; in its worst state, an intolerable one." --Thomas Paine

# 2.19 "Give me six hours to chop a tree and I will spend the first four sharpening the axe." --Abraham Lincoln; "Before anything else, preparation is the key to success." --Alexander Graham Bell

Bonus Quote: "There are only two forces that unite men: fear and interest." --Napoleon Bonaparte

# 2.23 "The test of character is having the ability to meet challenges." --Walter Annenberg

# 2.24 "Hope is a pleasant acquaintance, but an unsafe friend." --Thomas Chandler Haliburton

# 2.25 "Loneliness and the feeling of being unwanted is the the most terrible poverty." --Mother Teresa

# 2.30 "Life isn't about finding yourself.  It is about creating yourself." --George Bernard Shaw

# 2.33 "One thorn of experience is worth a whole wilderness of warning." --James Russell Lowell

# 2.34 Select one of the following: "You may not realize it when it happens, but a kick in the teeth may be the best thing in the world for you." --Walt Disney; "We know what we are, but know not what we may be." --William Shakespeare

# 2.37 "He who is not courageous enough to take risks will accomplish nothing in life." --Muhammad Ali

# 3.39 "Adversity tests us from time to time and it is inevitable that this testing continues during life." --William Annenberg

# 4.40 "A real friend is one who walks in when the rest of the world walks out." --Walter Winchell

# 4.43 "There is a road from the eye to the heart that does not go through the intellect." --G.K. Chesterton

# 4.44 "The magic of first love is our ignorance that it can never end." --Benjamin Disraeli 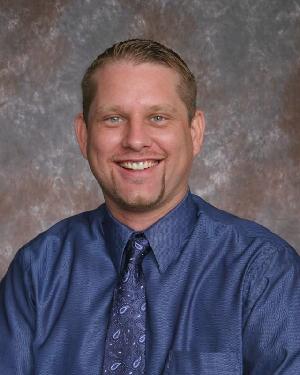