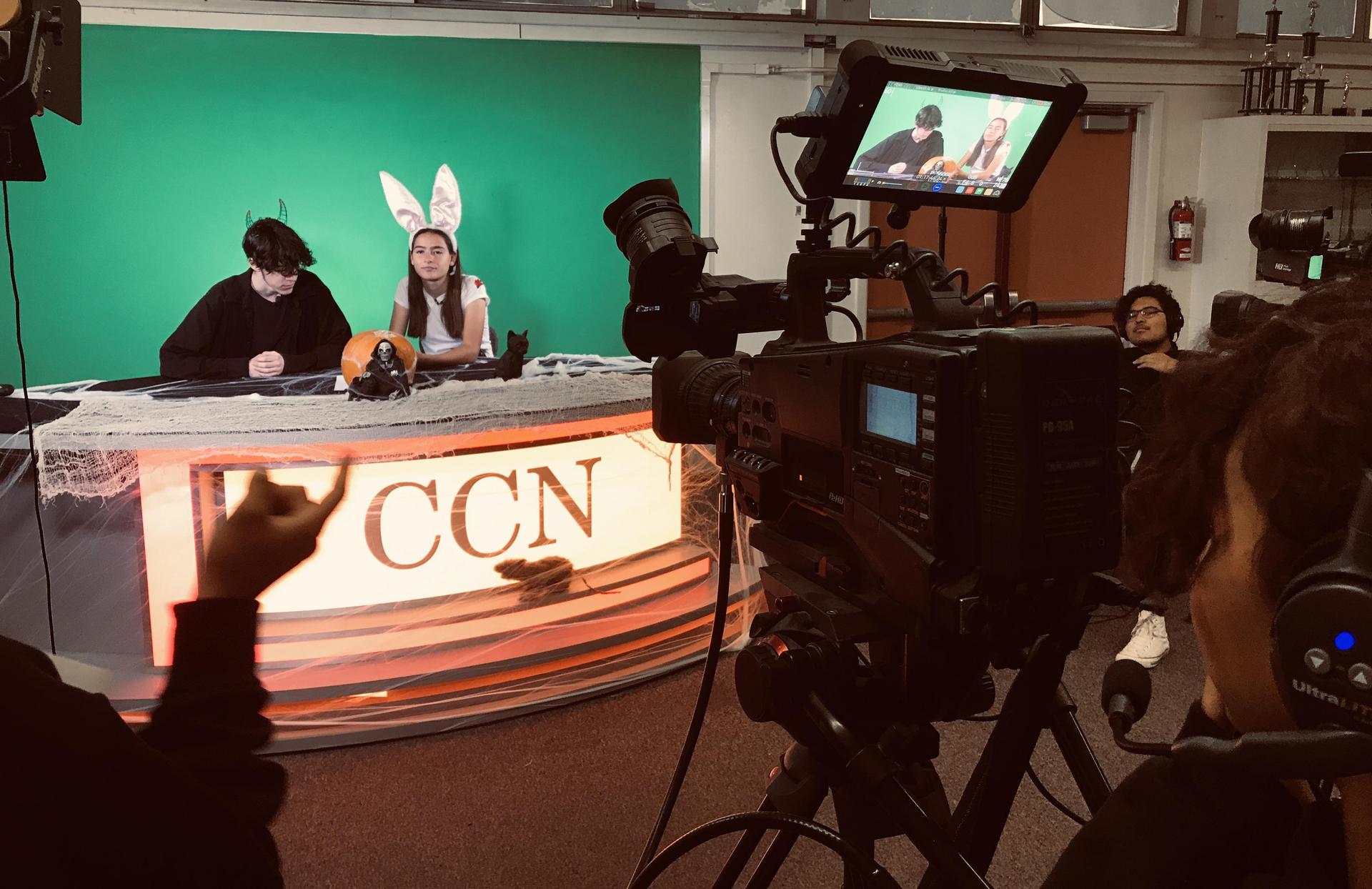 Chatsworth Charter High School provides many courses that guide students to achieve common core standards in technical and visual subjects. In our filmmaking and television production courses, students will practice both creative and technical aspects of production in conjunction with text about historical and contemporary traditions.

While studying film theory, students will watch culturally important classic and contemporary films with a critical eye, and develop a fluency in the vocabulary of film form. They will deconstruct how a film’s sound and images blend together to tell meaningful stories, while  also drawing evidence from informational texts to support their critical analysis.

While studying television production, students will practice collaborating in teams to write, develop, and publish a weekly news show, Chatsworth Charter News, which is published on the school website and aired in classrooms. They will learn technical skills in film development (screenwriting formatting and techniques), production (lighting/camera/broadcast equipment) and post production (creating graphics and using video and audio editing software).